This article appeared in The West Sacramento News-Ledger on September 9, 2015. This post contains additional photographs not available in the newspaper.

West Sacramento’s Port is On a Path to Profitability:  Writing and photographs by Thomas Farley

Has the Port of West Sacramento’s ship come in? Or is it still at sea? The landmark facility alongside Industrial Boulevard has struggled for years to keep afloat financially, but new practices suggest that a more buoyant future lies ahead.

The Port made a renewed effort toward profitability after reorganizing its business in July, 2013. At that time, seeking cost reductions and greater efficiencies, the City of West Sacramento turned over shipping management to a private company.

SSA Marine, a worldwide port operator, now leases and manages the Port’s North Terminal cargo facilities. SSA in previous years moved everything at the Port from wood chips to windmills. Frank Patalano is the Terminal Manager for SSA Pacific. He talked about their recent two-year anniversary at the Port, saying that progress is good so far and that one of their challenges turned out to be educational; SSA is learning to become a port administrator, not just a terminal operator. They are now tasked with, among other things, fulfilling various permits and complying with California Air Resources Board requirements. Patalano says that this experience is proving valuable to him as a manager and to SSA Pacific as a company.

Patalano reflects, “One of our biggest accomplishments in the last two years is maintaining the business we have always had, the leader in exporting rice to Japan, as well as building on that current business and adding to it, through the global marketing team that SSA possesses. We are confident. We’re continuing to export rice, we import cement, we’re importing grains like corn and soybeans from around the world.”

The other part of the port equation is the City of West Sacramento, which acts as a landlord to SSA Pacific and some 30 other businesses operating on the sprawling port property. Although SSA is by far the largest tenant, other lessees include a log yard operator, a dredging company, four boat clubs, two transportation and supply companies, a cell tower tenant, and even a beekeeper.

Rick Toft is the Port Business Manager for the City of West Sacramento. He says the Port is also actively seeking development of 300 acres it owns on its south side. Called Seaway, the land is currently rented to a farmer. And like any landlord, the Port must manage its property and sometimes clean up after former residents. A small group of abandoned and derelict vessels floats idle in port. The boats have been made environmentally safe at the cost of millions of dollars but it may be some years before they are completely removed from the water.

Since the City handed off shipping responsibilities the Port is more stable financially. Revenue is modest but in the black. As Toft puts it, “The Port is a positive story in that its been a profitable enterprise since 2013.” Perhaps the Port’s ship has indeed come in. But in the form of an ocean-going cargo ship, to be filled with rice and put back to sea. 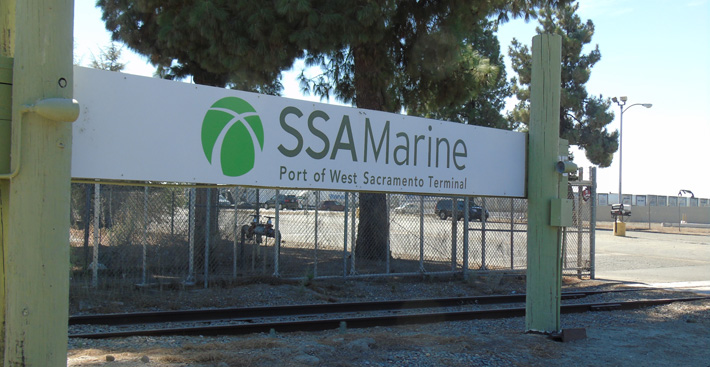 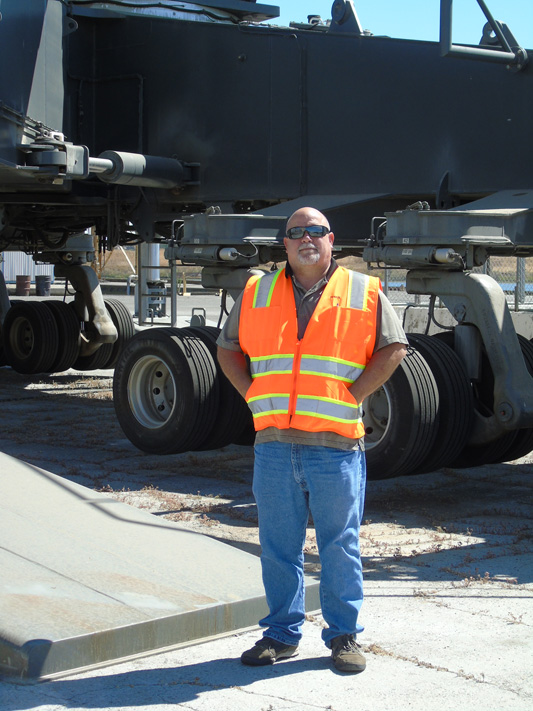 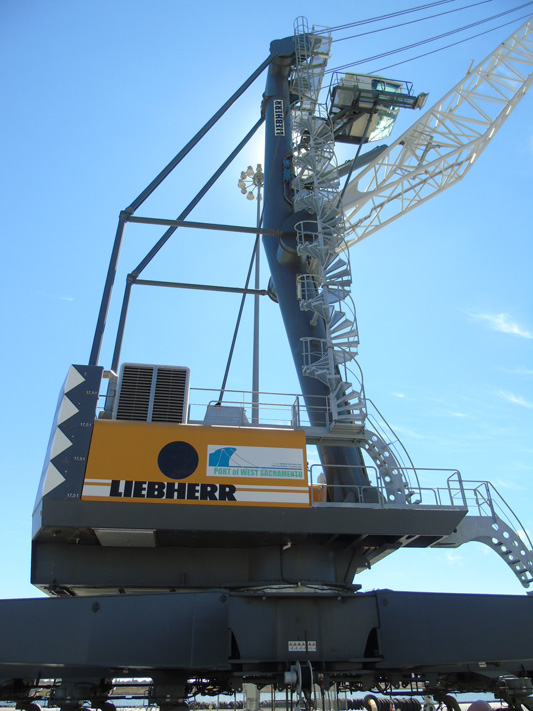 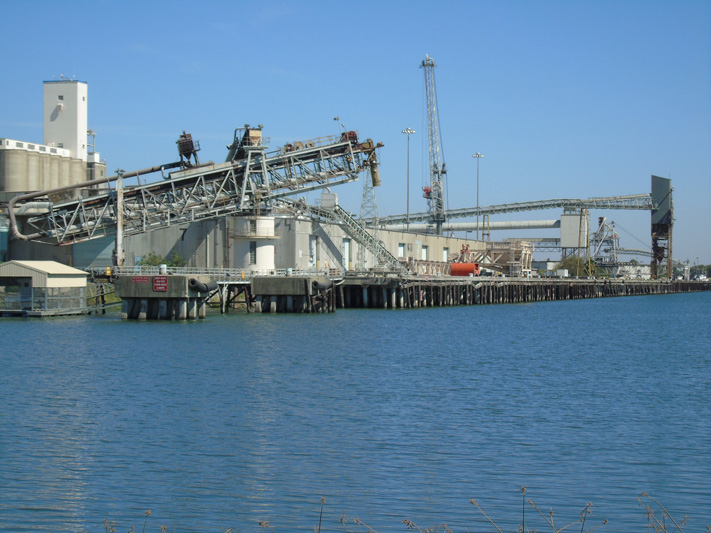 A wharf at The Port of West Sacramento. The Port receives between two and four ships a month. 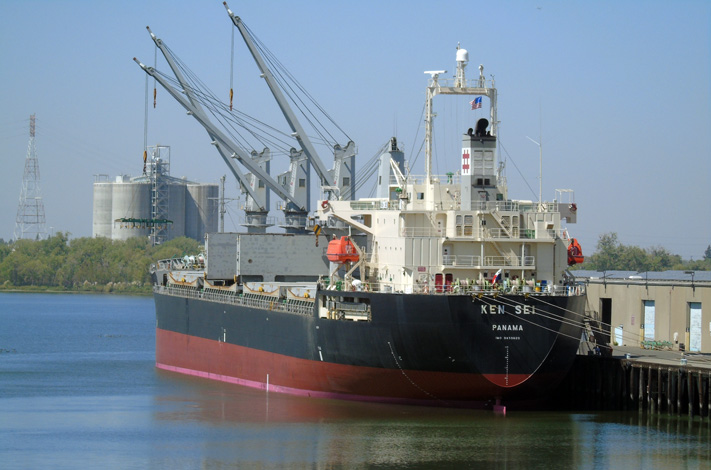 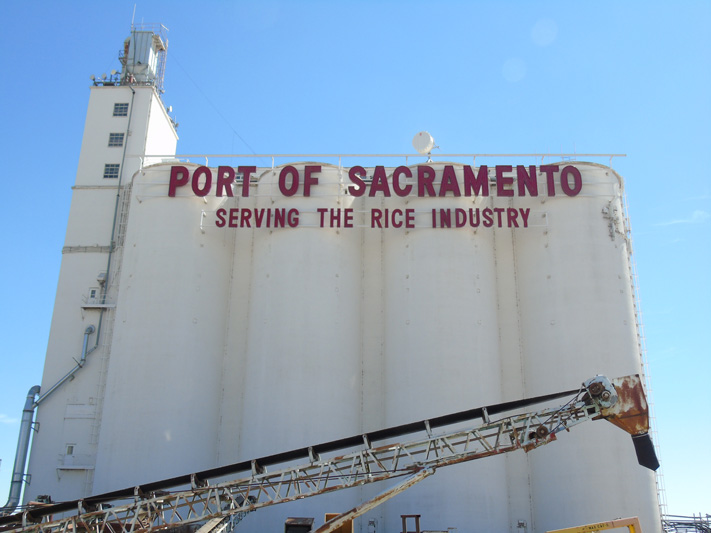 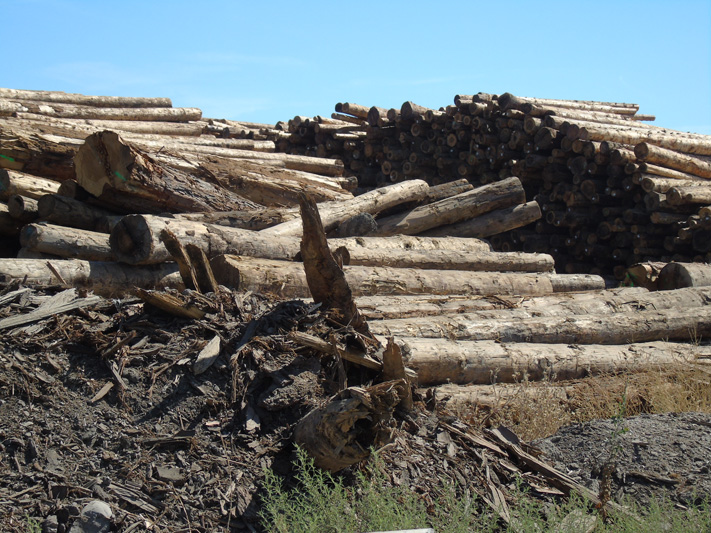 Another business on Port Property. The Lyu Group’s log yard. 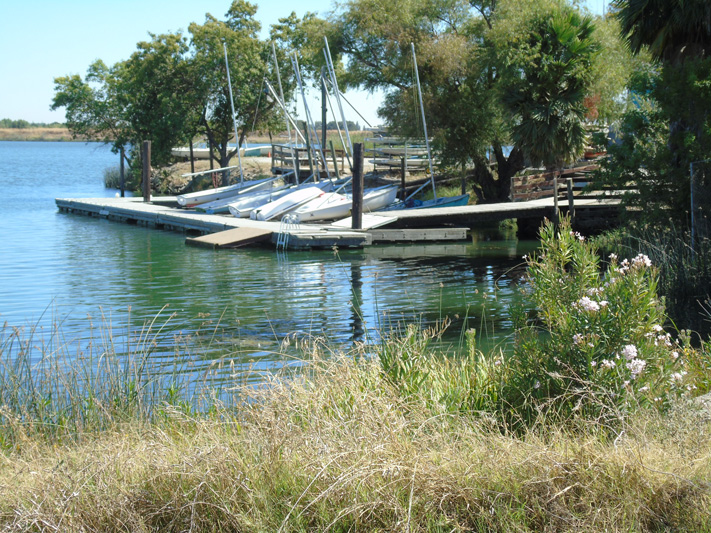